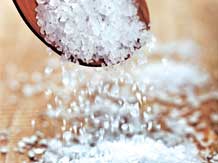 At least 70 per cent of sugar sold in the country is used by soft drinks producers, bakeries, confectioneries and other industries, including pharmaceutical. As sugar prices have collapsed on supply surges for four years in a row, user industries are reaping a bonanza.

With the sweetener selling at a discount of about Rs 10 a kg over production cost, sugar factories have lost capacity to settle cane bills. Industry outstanding to growers stands at Rs 21,000 crore, which earlier in the season was Rs 22,000 crore. This makes a mockery of cane’s description as a cash crop. Law requires factories to compulsorily settle bills within a fortnight of cane supplies. But the situation is such that the law is more honoured in the breach than in the observance. Sugar producers have nothing else to show but mounting losses and debts. This has led former chairman of Indian Sugar Mills Association (ISMA) Om Prakash Dhanuka to propose a two-tier price formula for the sweetener, which will require industrial users to pay a premium over market prices, ideally by way of additional excise duty. But how is this going to help the sugar economy? “The extra revenue thus to be collected by the exchequer should be routed to sugar factories to clear their cane dues,” says Dhanuka. The proposal is a kind of throwback to differential rates of excise duty on levy and free sale sugar.

Many factory owners think since there are no moves to introduce Rangarajan committee’s most important recommendation of sharing revenues from sugar and its by-products like power, molasses and ethanol at a 75:25 ratio between factories and cane growers, the government should introduce minimum support price (MSP) for sugar. The MSP is to be worked out on the basis of fair and remunerative price of cane, factory conversion cost plus reasonable return on capital employed. This will put an obligation on the government to buy sugar from the market whenever prices slip below MSP.

Unpaid cane bills of current proportions have caused grave unrest in growing centres, particularly in Uttar Pradesh (UP) where factories owe farmers nothing less than Rs 10,000 crore. What must be making the authorities uncomfortable is that farmers’ ire unlike in the past is directed at Central and state governments and not factories on whom rest payment liabilities.

Farmers are no longer to be fooled into believing that their distress is because of bad running of factories. Policy deficit and delayed government intervention and then any announced relief invariably falling short of requirements are at the root of deepening sugar crisis.

New Delhi’s recent announcement of ‘relief’ by way of ‘soft loan’ of Rs 6,000 crore has disappointed the industry. It has also invited criticism from farmers. First, majority of factories will not be able to avail the so-called soft loan, since to be eligible they must liquidate at least half their dues by this month-end. Second, the loan comes with a surprisingly stiff condition of only a one-year moratorium entailing interest subvention of Rs 600 crore by the government.

Reacting to these loan riders, ISMA Director General Abinash Verma says, “The government decision to give interest waiver for one year compared with five years under December 2013 loan package of Rs 6,600 crore for identical purpose of clearing cane payment backlog is not an interest free loan in true sense.”

Near to medium-term, the industry outlook remains grim since the next season starting October 2015 will likely have yet another bumper sugar production. Remember the 2015-16 season will start with unsold stocks of around 11 million tonnes (mt). Both UP and Maharashtra, the country’s two largest cane producing states, are growing the crop over bigger areas this time. The industry scene is so bleak that New Delhi in its wisdom should not any longer postpone building a three-mt buffer. Relief for factories will be by way of transfer of maintenance cost of buffer amount to the government.

Very low world raw sugar prices make it impossible for the industry to export even with revised higher incentive of Rs 4,000 a tonne. But nothing stops the government to ask STC and MMTC to export 2 mt of sugar.