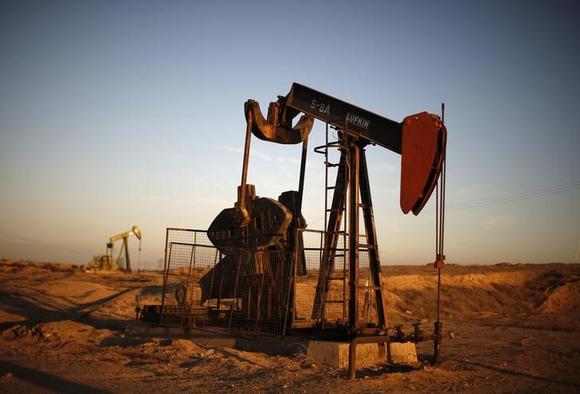 (Reuters) – Oil markets edged up on Friday to halt a two-day drop, helped by expectations that data later in the day would show a continued decline in the U.S. oil rig count, a clear sign of the pressure the tumble in crude has put on crude producers.

A weekly survey by Baker Hughes last week showed the U.S. oil rig count fell to its lowest since August 2011, although government data indicated U.S. oil output was 9.2 million barrels a day, the highest since 1973. This week’s data is due around 1800 GMT (1.00 p.m. EST).

“I assume we’re going to continue to see another big fall and that’s going to provide support for the market,” said Tony Nunan, a risk manager at Mitsubishi Corp in Tokyo.

But near-term demand for OPEC oil is likely to remain under pressure as U.S. shale production remains strong, BP said this week.

“Everybody is looking at the slowdown, which will come in six months or so, but you never know,” Nunan added. “It may not slow down. I think this is the big fear.”

London Brent crude for April delivery was trading 18 cents higher at $60.39 a barrel by 0748 GMT after settling down 32 cents on Thursday.

The contract is headed for its first weekly decline in four weeks, of around 1.8 percent. It declined 3.7 percent in the past two sessions after government data showed that U.S. commercial crude inventories rose 7.7 million barrels, more than double expectations. [EIA/S] [API/S]

Brent has gained 34 percent from a mid-January low as traders covered short positions following a 60 percent crash from June.

Trading was quiet in Asian hours as China and some other countries were closed for the Lunar New Year holiday.

The market got support earlier in the week on renewed geopolitical concerns after Islamic State laid claim to a North African outpost in Libya, threatening to use it to attack Europe.

Meanwhile, offshore majors from BP to Chevron have slashed billions of dollars in investment this year in response to the plunge in prices since mid-2014.

“Everybody understands that current prices of $60 for Brent are the bottom-end of sustainability,” Nunan said. “But $50 for WTI is probably too low for long-term sustainability.”