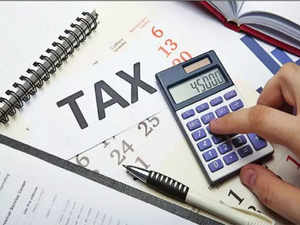 MUMBAI: Tata Trusts have contested the reopening of assessment by the income tax department saying they already surrendered registration provisions under the I-T Act and the levy of additional income tax when a charitable trust converts into or merges with a non-charitable trust or transfers its assets on dissolution to a non-charitable institution cannot be applied to them, sources told ET.

Earlier in July, the I-T department had served notices on a set of Tata Trusts seeking to reopen assessment and questioning their decision to ‘surrender’ registrations in 2015. According to Section 115 (TD) of the Income Tax Act, a trust whose registration is cancelled is required to pay tax on its accumulated or ‘accreted’ income. The dispute dates back to 2013, when the Comptroller & Auditor General pointed out that Jamsetji Tata Trust and Navajbai Ratan Tata Trust had invested Rs 3,139 crore in “prohibited modes of investment.” The CAG noted that the I-T department had given “irregular tax exemptions” to these trusts, resulting in Rs 1,066 crore escaping the tax net.

In March 2015, the Tata Trusts surrendered their registrations (under 12AA of the I-T Act) while admitting that some of their assets were not in compliance with the provisions of Section 13(1)(d) of the Act. However, following the CAG’s observations and subsequent remarks by a sub-panel of the Public Accounts Committee (PAC) in 2018, the matter was transferred to the I-T department’s assessment wing that has now sought an explanation from the trusts.

The trusts, according to the PAC report, were investing in prohibited modes of investment despite the law strictly forbidding public charitable trusts from holding such assets after 1973.

Tata Trusts currently seem to be in a state of flux with the exit of CEO R Venkatraman, who signed letters seeking cancellation of tax benefits on behalf of the trustees. His successor is yet to be appointed after his exit in February 2019.

A Tata Trusts spokesperson declined to comment. However, top sources in the trusts confirmed to ET that they have replied to the I-T department’s notice contesting its claims.

“However there are certain queries for which the department will reach out to the assessee before passing the final order which is expected to be by December,” an IT official said, referring to the deadline for the decision regarding the case.

The income tax department is of the view that after invoking the provisions of 115 (TD) after considering the fair market value of the trusts’ total assets and net liabilities, the tax will amount to at least Rs 1,800 crore, going by conservative estimates.