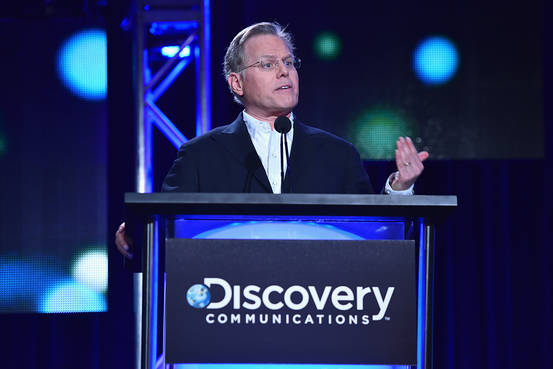 CEOs at the nation’s largest publicly traded companies received 373 times the compensation of the average production and nonsupervisory worker last year,according to a new report Wednesday by the AFL-CIO. Figures compiled by the union federation show that the gap widened from a 331-to-1 ratio in 2013 as overall CEO compensation rose nearly 16% last year. The average worker’s wages rose just 2.4%.

The average worker earned $36,134 in 2014, while the compensation for CEOs at S&P 500 companies averaged about $13.5 million, according to AFL-CIO calculations.

The CEO-to-worker comparison, long produced by the union federation, has faced criticism from corporations that say it exaggerates CEO pay differences. The AFL-CIO’s measure of CEO pay includes stock options, equity awards and some perks for top executives in the S&P 500, while the measure for workers just includes pay, excluding pensions or employer contributions to 401(k) plans.

AFL-CIO officials acknowledge some of the shortfalls, in part due to an absence of company-specific data showing what individual employers pay their employees. As a result, the report relies on Labor Department data on workers’ salaries. The figures cover cash wages, not stock options, equity awards, or even pensions or employer contributions to 401(k) plans – though the AFL-CIO says many average workers don’t get those benefits anyway.

The union federation used the latest version of its report to press for higher pay for average workers and more transparency to the CEO-pay process. It wants companies to be required to disclose their CEO-to-median-employee pay ratios.

“America faces an income inequality crisis because corporate CEOs have taken the raising wages agenda and applied it only to themselves,” said AFL-CIO PresidentRichard Trumka. “Big corporations spend freely on executive perks and powerful lobbyists to strip rights from workers, but when it comes to lifting up the wages of workers that make their companies run, they’re nowhere to be found.”

Just as it did in last year’s report, the AFL-CIO this year singled out giant retailerWal-Mart Stores Inc., calling its CEO-to-worker pay ratio of 537-to-1 “one of the most egregious” in the nation. The Bentonville, Ark., retailer’s current CEO Doug McMillon earns $9,323 an hour, the AFL-CIO calculated, comparing that with the retailer’s starting minimum wage of $9 an hour for associates.

Wal-Mart spokesman Randy Hargrove said those comparisons are based on “skewed” information. That is because the nearly $19.4 million the report said Mr. McMillon made last year includes about $14.6 million in stock options. Those options haven’t been earned or paid and will only be realized over three years if the company meets its performance goals, Mr. Hargrove said.

Mr. Hargrove also noted that Wal-Mart in February announced wage increases and investments in career training for its U.S. associates. That included raising the minimum wage for these workers to $9 an hour in April and $10 early next year.

“Mr. McMillon is an example of the opportunity we provide to associates to learn, advance and establish a career,” Mr. Hargrove said. “He started as an hourly associate at one of our distribution centers 30 years ago.”

The report comes as stagnant wages draw focus in Washington and on the 2016 campaign trail, with lawmakers from both parties discussing the issue but differing on how to address the problem.