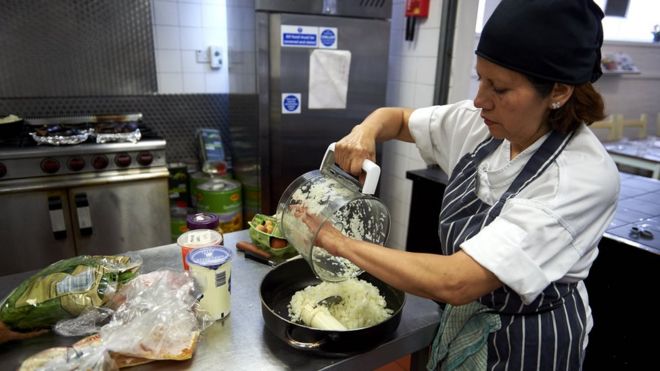 UK unemployment fell by 52,000 to 1.6 million in the three months to November – the lowest level for more than a decade – official figures showed.

The jobless rate was steady at an 11-year low of 4.8%, the Office for National Statistics said.

The employment rate was steady at a record 74.5%, while wage growth picked up pace.

Growth in pay including bonuses rose 0.2 percentage points to 2.8% for the year to November.

It was the second consecutive report to show a decline in the number of people in work – the first back-to-back fall since mid-2015.

Employment minister Damian Hinds described the figures as encouraging and highlighted the “strength and resilience” of the UK labour market.

David Freeman, ONS senior statistician, said: “While employment is little changed on the quarter, the rate remains at an historic high.”

“The rate at which pay is increasing continues to pick up in cash terms, though it remains moderate,” he added.

“Employment fell by 9,000 in the three months to November, but this was a much smaller fall than the consensus expectation of a 35,000 drop,” he said.

“And the timelier claimant-count measure of unemployment fell by 10,100, in contrast to expectations of a 5,000 rise. Employment growth should maintain a decent pace in the near term.”

The jobless rate for the three months to November in Wales stood at 4.4%, 5.1% for Scotland and 5.6% in Northern Ireland.

In England the South East had the lowest rate of unemployment at 3.4%, with the North East the highest at 6.8%. London also has a higher rate than the national average at 5.6%.

The unemployment figures are based on the very large Labour Force Survey. The ONS talks to about 40,000 households, or 100,000 individuals, every three months.

But because it’s a survey, the results are only estimates, and they have a margin of error.

That means we cannot say with 95% confidence that unemployment has fallen at all, so the drop is described as not being statistically significant.